A group of 9 members made the journey to the Frampton Marsh RSPB Reserve on the Lincolnshire coast on Sunday 3rd October.
This is always a popular destination and we went with the anticipation that anything can turn up at this time of year.
On the way into the reserve a couple of our group were treated to a Tawny Owl perched on a gate post, and a single Marsh Harrier was seen from the car park by some. Continuing the birds of prey theme, 2-3 Kestrels were observed and a hunting Peregrine was an exciting addition to our list towards the end of the day.
As expected the numbers of wintering ducks and geese were starting to build up, with large counts of Wigeon and Teal, supported by smaller numbers of Shelduck, Shoveler and Gadwall. Dark-bellied Brent Geese, recently arrived from their breeding grounds in the Arctic regions of northern Scandinavia and Siberia, numbered well into the hundreds.
A variety of waders were recorded, including large numbers of Lapwing, 20-30 Black-tailed Godwits, a handful of Dunlin and Redshank and a couple of Ruff. A single Snipe put in a brief appearance before disappearing back into the reed-beds in typical fashion.
A group of 6 Spotted Redshank was a good find and this elegant wader provided us with a useful comparison of its shape and size with a nearby (Common) Redshank. Later on in the afternoon a pair of Avocets obligingly appeared in front of the visitor centre.


The weather was pretty kind to us, being  mostly sunny though quite blustery, and we enjoyed a good day with a total of 40 species seen by the group: 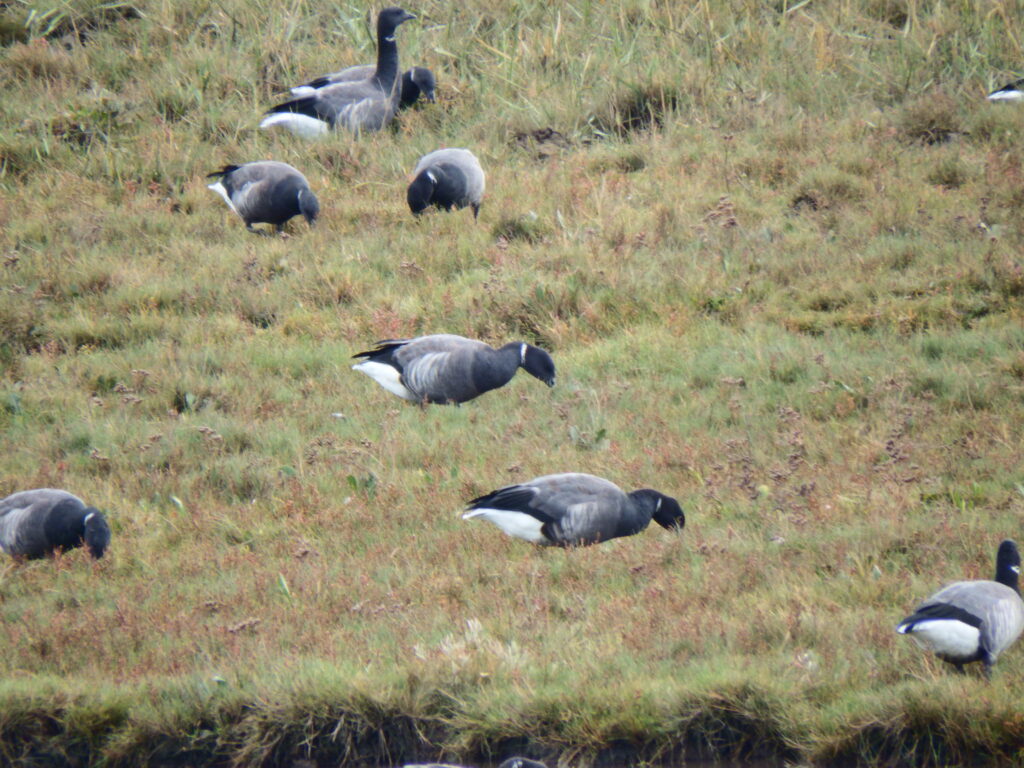 Brent Geese selection – from a flock of 200+ birds.