By way of a brief introduction, my name is David Warrington, Bird Watching Guide and owner of Nature Trail Spain, a specialist active tourism company based in the province of Valencia, Spain. I would like to thank you for the opportunity to write this guest post and I hope that you find it to be of interest.

I was born and raised in Sheffield but have lived in the mountain village of La Drova since spring 2007 and have spent much of that time exploring the area, watching and recording the local bird life. La Drova is situated 70km south of Spain´s third city, Valencia at a height of 375 metres above sea level yet just 15km from the coast.

I would like to provide a brief summary of the bird life and habitats of this often overlooked area of Spain. I hope that my post is of interest and is informative. I´d be very happy to (attempt to!) answer any questions that you may have, so please feel free to contact me should you wish.

Perhaps the best known birding site in the Valencian Community is the Albufera de Valencia, an internationally important coastal wetland immediately to the south of the city of Valencia. The area covers over 21,000 hectares and is now declared a Natural Park and does enjoy some form of environmental protection, more on that later. Albufera de Valencia comprises a huge fresh water lake of 3,000 hectares in surface area, rice fields, reed beds, coastal wooded areas and a series of smaller ponds and canals.

There is a visitor centre with hides and an observation tower although nothing on the scale of say RSPB reserves in the UK. It has to be said that there is a huge amount of excellent work being done by some exceptionally dedicated organisations, although like most birding areas in Spain, the area is still not that user-friendly to the visiting birder.
The species list for Albufera is too numerous to include here, save to say that it´s Mediterranean coastal location and varied habitat means that it´s worth a visit at all times of year. Spring and Autumn migration time is always interesting. The breeding season is superb for all the European Herons, Egrets and countless waders. Winter, when temperatures are extremely mild, bring in an array of visitors from Northern Europe and beyond. 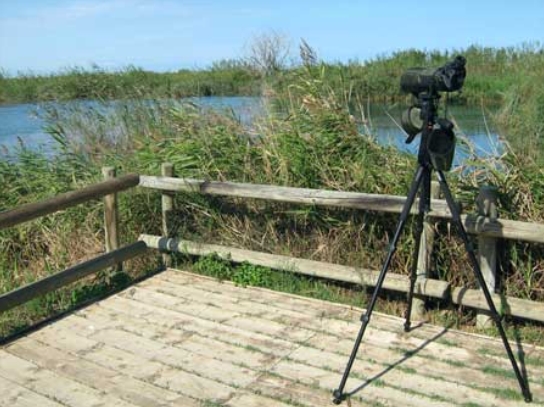 My last guiding trip to Albufera was at the end of September. We visited the hides first then spent the day covering the whole of the Albufera area, stopping off at some favourite hotspots. 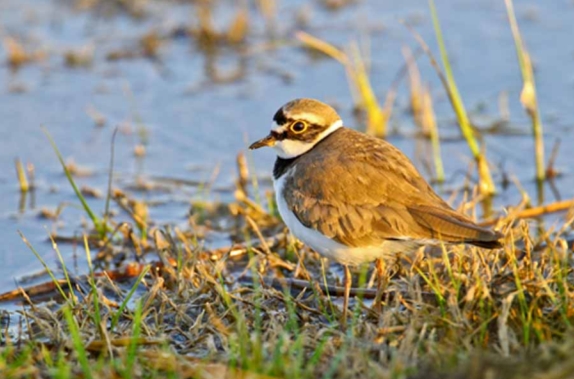 There were a surprising number of straggling summer visitors, including a few Collared Pratincoles, and numerous Black Winged Stilt, Little Ringed Plover and Squacco Heron. Regulars included Avocet, Greater Flamingo, Marsh Harrier, Fan Tailed Warbler and Purple Gallinule which have done well throughout the coast over the past 3 years. 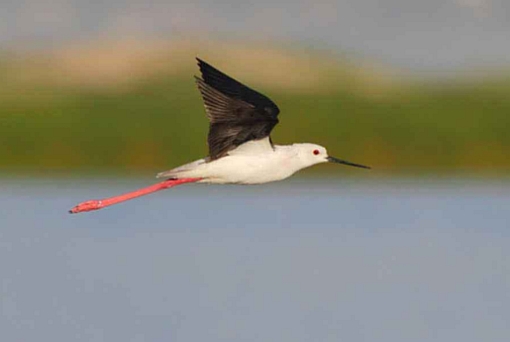 Some early winter arrivals included Snipe and Little Stint, but the best spectacle was enjoyed towards the end of the day when a group of 5 pale form Booted Eagles passed over. As we were watching them, one dived into the rice fields and took a juvenile Moorhen.

The Valencian coastline offers much more than just Albufera, and within an easy day´s reach are a number of superb sites. Over this summer and into Autumn I’ve been fortunate enough to enjoy watching Glossy Ibis, Spoonbill, Water Rail and Purple Heron. 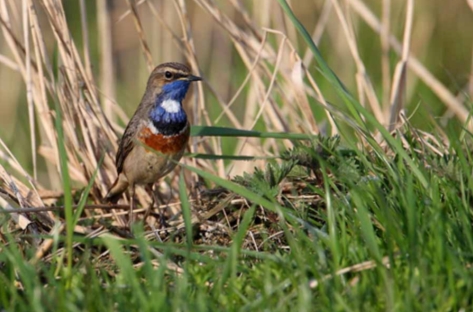 I´ve also enjoyed rare delights such as White Headed Duck and Marbled Duck. My winter outings have been rewarded with views of Bittern, Bluethroat, Iberian Grey Shrike and Marsh Harrier. 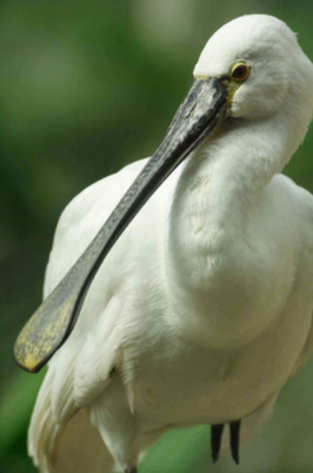 A favourite trip of mine is one that takes in a pebble beach before heading inland, passing a number of lagoons and reed beds before returning through coastal heathland and later rice fields. Every trip is different and there´s always some unexpected occurrence…like the time when we were sitting enjoying a sandwich in the autumn sunshine and were treated to Marbled Duck and Purple Gallinule in the same binocular field of view!

Up onto the Steppe.

Again, within an easy day´s outing lies the seemingly endless plains of Castilla de la Mancha. Much of this vast area is given over to cereal farming with some vineyards plus a number of lagoons. The majority of this huge area sits at over 900 metres above sea level, making summers extremely hot and winters bitterly cold. However, it´s always worth a trip as this is where the Great Bustards and Little Bustards roam the plains.

The farming villages remain the same today as they were years ago, and one can often watch as Rock Sparrows flit in and out of the old stone buildings. 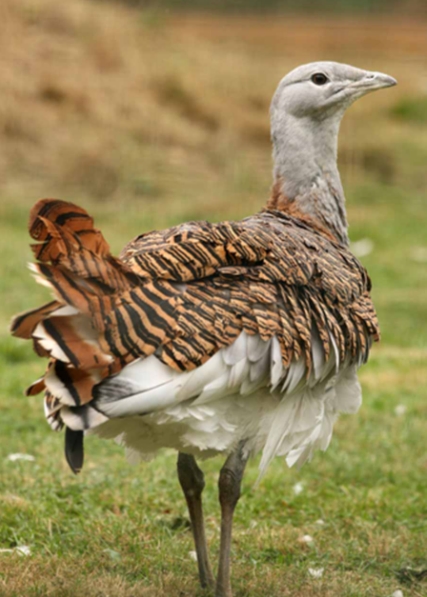 Larks are also well represented with Crested and Calandra being reliable. Dotterel often drop by on their migration routes as do Whinchat and Wheatear. The lagoons are good for breeding Black Winged Stilt, Red Crested Pochard, Black Necked Grebe and Whiskered Tern. 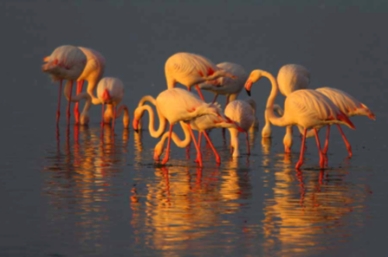 Flamingoes are also seen in good numbers as are waders such as Ringed Plovers, Wood Sandpiper, Curlew Sandpiper and Avocet. Raptors are numerous owing to the rabbit population, Buzzard and Booted Eagle being regulars.

The hanging valley in which I live is bounded by craggy mountains on either side, whilst the lower reaches are covered in Mediterranean Scrub. 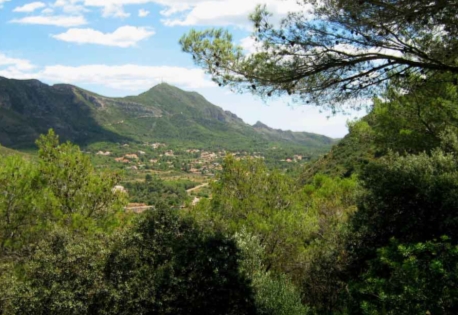 Although the valley is just 4km long, our recorded year round species list stands at 76. Regular garden birds include Blackcap, Crested Tit, Crossbill and Black Redstart. Higher up on the crags there are often Raven, Chough, Blue Rock Thrush, Sardinian Warbler and Peregrine. Spring brings through hundreds of Bee Eaters plus Golden Oriole, Melodious Warbler, Wryneck and Red Rumped Swallow. 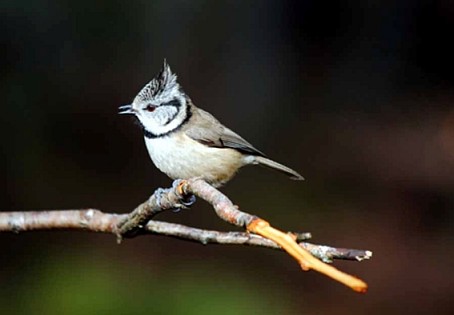 As with many locations, there are often wonderful surprises, like a few weeks ago when a loud screeching interrupted the peaceful morning stillness. I quickly grabbed my binoculars and watched as a pair of Short Toad Eagles passed through the valley. Other passing highlights have included Golden Eagle and Griffon Vulture. 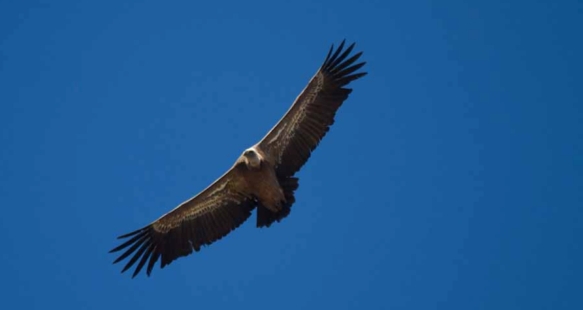 The Future of Birding in Spain

Owing to its geographical position, habitat range and climate, Spain boasts some outstanding bird life. The big challenge facing conservationists and Eco-Tourism Guides is that of education of the younger generations of Spaniards. For centuries hunting has formed an integral part of the Spanish culture, and whilst there is control and no doubt many law abiding hunters, there are still horror stories.

However,  I do believe that the future is positive…conservation is gaining an initial foot-hold in the modern Spanish culture, associations are becoming better organised and the younger generations are keen to learn more. Education and raising awareness lie at the heart of future progress.

There´s so much more to this wonderful country than beaches and sun, and as the economy struggles on, let´s hope that the authorities grasp the fact the Eco-Tourism and Conservation can play a significant part in the future of Spain.

For more details on Guided Bird Watching in the Valencia area, visit us at www.valenciabirding.com or feel free to email us at naturetrailspain@gmailmail.com .

Our priority is not to sell fixed schedule holidays, but to help our clients make the most of their time in Spain by offering true flexibility and bespoke guiding. I hope that you´ve found this post to be of interest and wish you a super autumn and winter of birding.