An intrepid group of 7 CBC members braved a very gloomy weather forecast and headed north west for our latest outing to the Burton Mere Wetlands RSPB Reserve on the Wirral on Sunday 29th September.  With a welcome hot drink on arrival, we settled down in the comfort of the roomy Visitor Centre looking out over the reserve pools, which contained an expectedly large numbers of ducks, including Shoveler, Teal, Mallard and Tufted Duck.  Waders were present in moderate numbers, mostly Black-tailed Godwit and Lapwing, together with a few Ruff and Dunlin that were found with some careful scanning of the mud edges.  Soon we were treated to a Kingfisher flying low over the water, then a Sparrowhawk rather obligingly perched on top of a bush right in front of the Visitor Centre for several minutes. 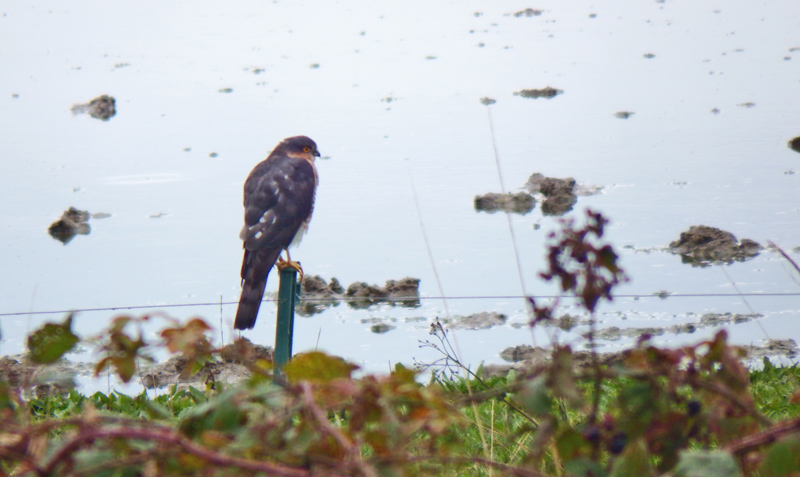 Walking along the trail to the first of the site’s two hides, a number of common woodland birds were seen or heard, including Chiffchaff (still singing perhaps surprisingly at this time of year), Wren, Robin, Nuthatch, Great-spotted Woodpecker and Goldcrest, and at least one Cetti’s Warbler announced its presence in the reeds, but true to form remained hidden from view!  Reaching the Inner Marsh Farm Hide at the far end of the reserve, the promised rain did start to fall, but this did not prevent us from enjoying more ducks and waders out over the water. 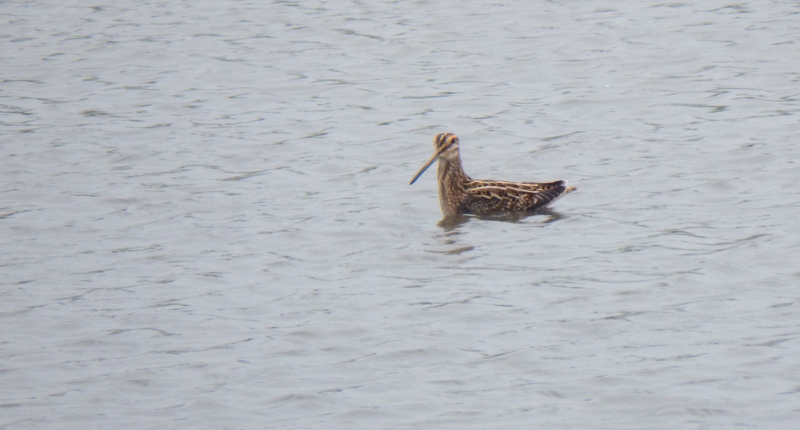 Shelduck and Gadwall were added to the list, along with 3-4 Snipe, including one which seemed to be swimming as it waded across the water!  A Water Rail was briefly seen scuttling across a path between two reed beds but wasn’t seen again, and a Hobby flashed past being mobbed by 2 Lapwings. The 2 Spoonbills which had been noted earlier by the reserve staff re-appeared giving us good views and that other increasingly common sighting, a Great White Egret, was spotted in a distant field. 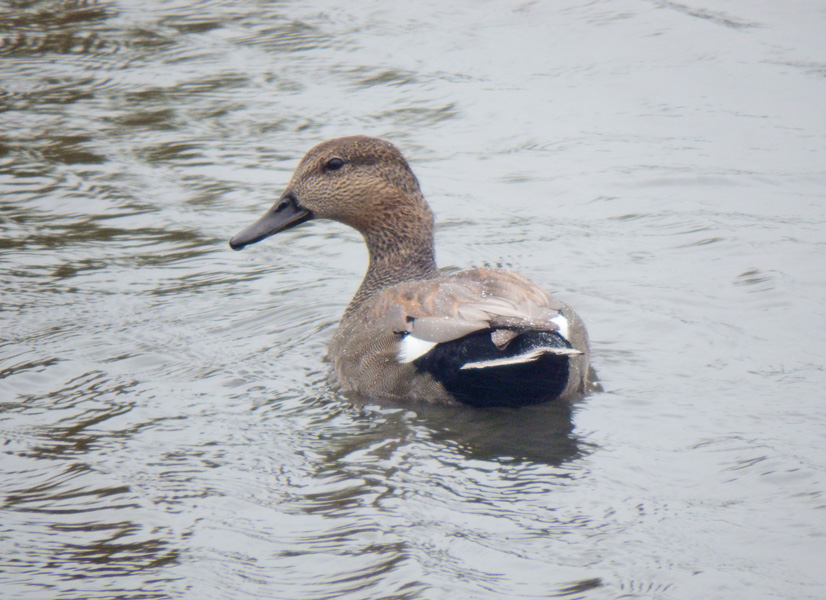 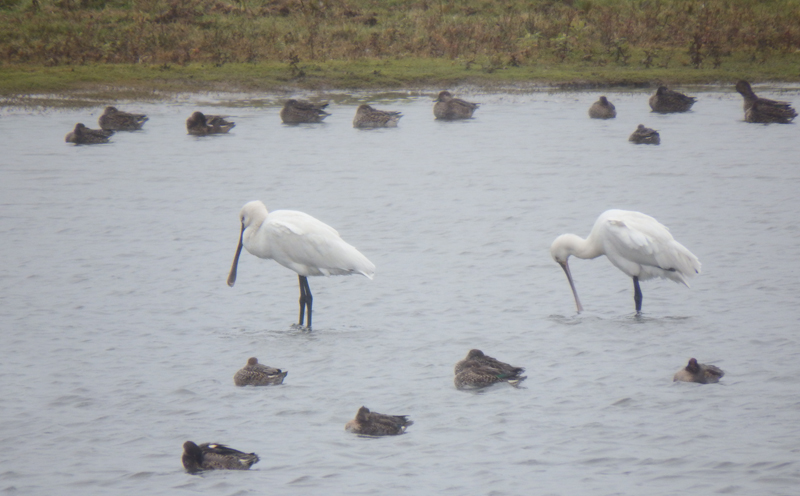 Moving back to the Visitor Centre towards the end of the day, our raptor species count was boosted to five as we enjoyed good views of a Marsh Harrier, Peregrine and Kestrel, accompanied of course by another warming drink!  In total, 55 species were noted collectively by our group on an enjoyable day (and we didn’t get too wet, despite the dire weather forecast!). 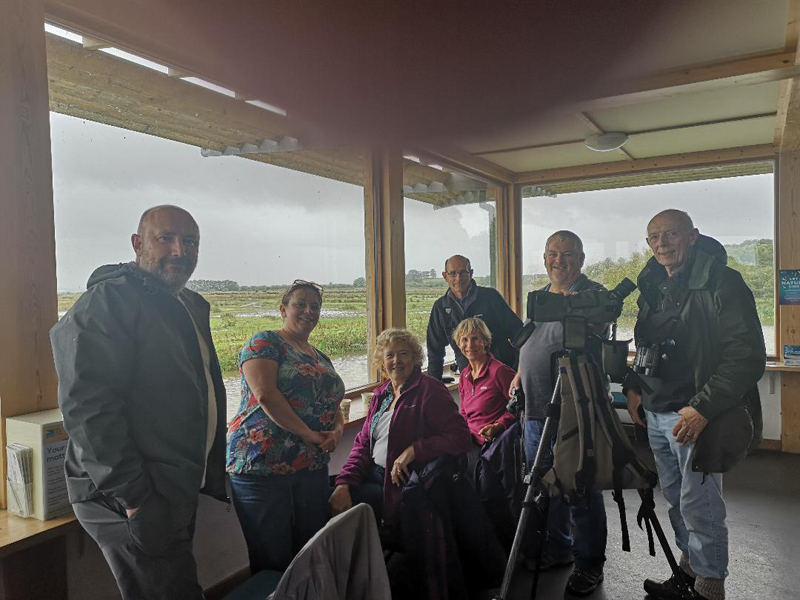