The club decided to go closer to home than usual when staging the latest members’ trip. Yet the Derbyshire Wildlife Trust’s Drakelow reserve – near Burton on Trent, and right on the border with Staffordshire – is still a fair journey for those among the nine-strong group who’d travelled the farthest, from Buxton and Chesterfield.

The reserve lies close to the River Trent and has a mix of habitats with some lakes and smaller lagoons, plenty of woodland cover and, being an old power station site, extensive flat open spaces.

We were met shortly after 9am by the reserve’s keen recorder Syd Garton, who took the time to explain the geography and what was around that day. The first bird I noted, while we were still in the small car park, was Common Tern, three of which were circling overhead before tracking down the Trent.

From one of the three hides, there were good views of an island hosting a huge colony of Cormorants, most of which were making plenty of noise in their nests dotted among the guano-spattered tree tops. We’d also been told about a quiet crossing point among reeds farther into the reserve, and viewable from another smaller hide, where we might see Water Rail. Well, we did! Or, at least, we caught a glimpse of a couple of the chicks, all black except for their light-coloured bills, as they sprinted across the clearing.

Walking around the woodlands areas, the usual springtime suspects rang out their familiar songs – Willow Warbler, Reed Warbler and the occasional Sedge, plus Chiffchaff, Blackcap and Whitethroat – joining the resident birds such as Reed Bunting, Wren, Blackbird, Song Thrush and Robin. A Cuckoo was heard and, by following its song, we got scopes trained on it as it settled down for some minutes in the top of a tree.

On leaving the reserve, via a half-mile access road, we stopped alongside open ground and heard Skylarks and, as though by way of a parting boost to our tally, a Red-legged Partridge and Lapwing showed themselves among the long grass, and a pair of Shelducks flew low overhead.

While each of us had just 40-odd species in our notebooks by the time we left the site, comparing notes afterwards it emerged that the group had collectively seen 50 species – quite a haul for a Sunday morning. 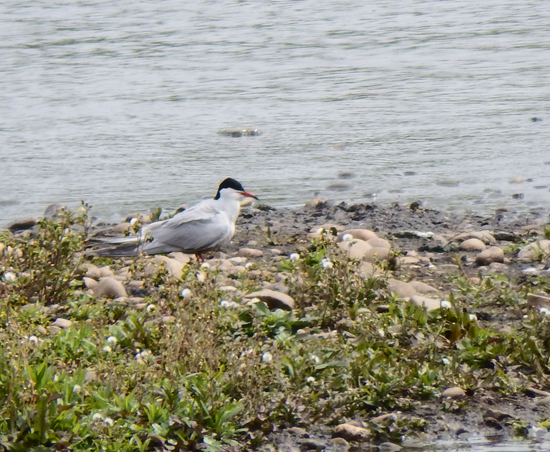 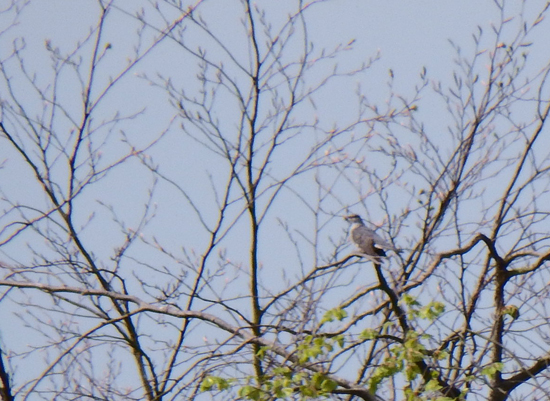